The apostle Paul is well known for his transformation from “persecutor of the saints” to an apostle who helped “turn the world upside down” for Christ (Acts 17:6). Paul called himself “an apostle to the Gentiles” (Romans 11:13) and “the prisoner of Jesus Christ for you Gentiles” (Ephesians 3:1). So who were the Gentiles who became followers of Christ through Paul’s ministry?

In this article we will see (along with several maps):

Josephus’ Statement on the Whereabouts of the 12 Tribes of Israel

The Jewish historian, Josephus, published his work called “Antiquities of the Jews” around AD 93. The following statement in this published work is quite revealing:

“Wherefore there are but two tribes in Asia and Europe subject to the Romans, while the ten tribes are beyond the Euphrates till now, and are an immense multitude, and not to be estimated by numbers” (Josephus, Antiquities 11.5.2 [11.133]).

According to Josephus, only the two southern tribes of Judah and Benjamin were “subject to the Romans.” By this, Josephus clearly meant that they were the only two tribes of Israel living within the Roman Empire, namely in Asia and Europe. Of course there must have been exceptions to this rule, as, for example, we read about Anna from the tribe of Asher serving God night and day in the temple (Luke 2:36-38).

“Beyond the Euphrates” is where a significant number of people from the 10 northern tribes had been exiled by the Assyrian Empire between approximately 733 BC and 722 BC.

So, for that historical reason, it would make sense if a significant number (“an immense multitude”) of those 10 northern tribes were living in that region rather than in the Roman empire during the lifetime of Josephus.

Of course there is the fact that, prior to the Assyrian exile, some members of the 10 northern tribes had already defected to the house of Judah because they were alarmed by the rebellion, faithlessness and idolatry of the house of Israel and/or they wanted to worship in Jerusalem (e.g. II Chronicles 11:3, 11:13-17, 15:9, 19:4). There’s also evidence that not everyone from the 10 northern tribes was exiled (e.g. II Chronicles 30:1 – 31:1; 34:9, 35:17-19). Some Biblical scholars, like Umberto Cassuto and Elia Samuele Artom, even insist that the names of the two southern tribes, Judah and Benjamin, came “to be a reference to the remnant of all Ten Tribes that was not exiled and [was] absorbed into the Judean population.” In other words, those of the 10 tribes who remained in the land were considered to be among “the Jews” just as much as those of the two southern tribes.

In relation to the above information, let’s take note of where the apostle Paul traveled on his missionary journeys. Dr. Thomas Schreiner of Ligonier Ministries (and Professor of New Testament Interpretation and Associate Dean at the Southern Baptist Theological Seminary in Louisville, KY) summarizes Paul’s missionary journeys which are recorded in the book of Acts:

“In the book of Acts, three different missionary journeys are recorded: Paul’s first trip took place in ad 47–48 (along with Barnabas) to the island of Cyprus and to cities in modern day Turkey (Acts 13–14). The second trip (ad 49–52) included re-visiting churches established on the first missionary journey in modern day Turkey, and then Paul and his companions crossed the Aegean Sea and planted churches in Macedonia and Greece (Acts 15:36–18:22). The third journey (Acts 18:23–21:36, ad 52–55) included visiting churches already established, and includes Paul’s extended stay in Ephesus. When Paul returned to Jerusalem, a riot started in the city, and he was imprisoned for a number of years in both Caesarea (ad 57–59) and Rome (ad 60–62). Even during his imprisonment, Paul continued to proclaim the Gospel before kings and rulers and all who were in contact with him. There is good reason to believe the tradition that Paul was released from prison after his first Roman imprisonment, and that he continued to preach the Gospel in various places, and probably traveled to Spain to preach the Gospel there. We do not know the details, but Paul was likely arrested again and beheaded in Rome around ad 65” (Source).

Please check out the map below showing where Paul went on his missionary journeys. Notice that the Euphrates River is on the far right (east) side of the map.

IO Claims about Paul’s Apostleship to the Gentiles

This runs counter to what a number of Israel Only proponents have claimed time and time again. At the heart of IO teachings is an insistence that Paul’s mission to the Gentiles was all about winning members of the 10 northern tribes to Christ. Here are a few examples of this oft-repeated claim. Except for the third example below, these are all from the Preterist Perspectives Discussion and Debate group on Facebook. 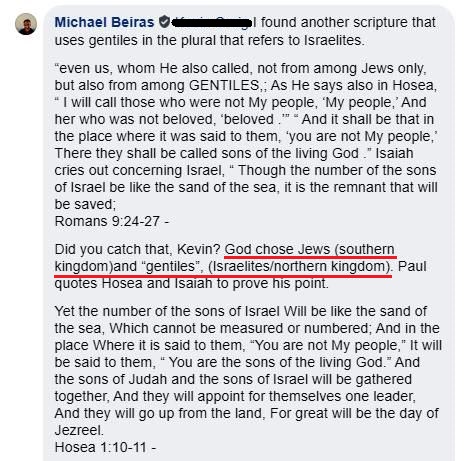 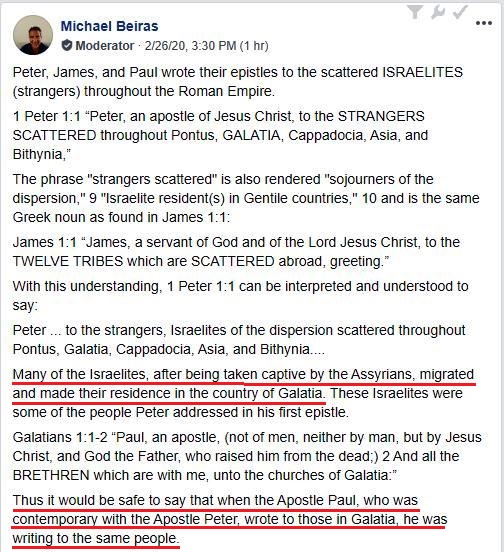 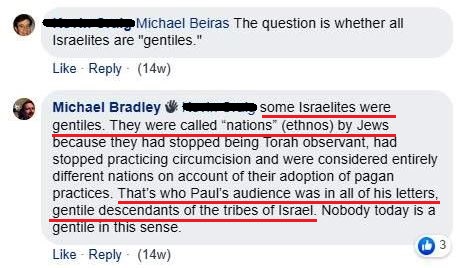 If Paul’s mission to the Gentiles was rooted in his determination to win a remnant from the scattered 10 northern tribes, why didn’t he travel to where Josephus said they were? Why didn’t Paul go “beyond the Euphrates,” i.e. east of the Euphrates River? Instead Paul went the opposite direction.

This is not to say, however, that no one took the gospel beyond the Euphrates to where Josephus said the 10 tribes generally were.

The Spread of the Gospel beyond the Euphrates (without Paul)

It wasn’t long at all after Christ’s death and resurrection that people from beyond the Euphrates heard the gospel. This happened even before Paul’s conversion. The Day of Pentecost (Acts 2) featured representatives from the region where Josephus said the 10 tribes were located. Luke mentions “Parthians and Medes and Elamites” and “those dwelling in Mesopotamia” (Acts 2:9). Those “Jews, devout men” (Acts 2:5) were indeed from “beyond the Euphrates.” 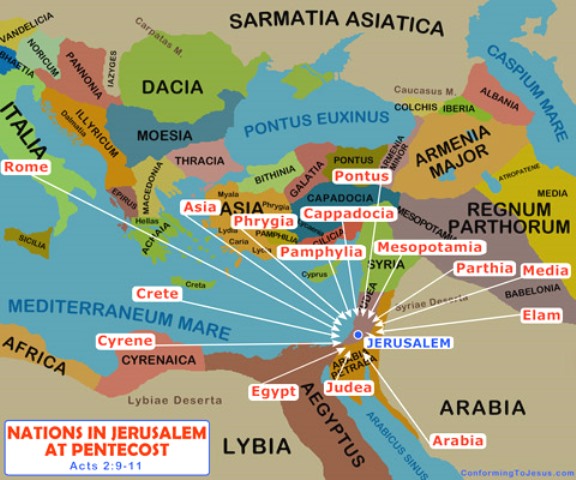 On that Day of Pentecost in Jerusalem, 3000 Jews believed Peter’s message and were baptized (Acts 2:41). I think we have every reason to believe that some of them went back to where they lived and spread the message of the gospel which they heard that day, including those from beyond the Euphrates. What God did on the Day of Pentecost was very intentional in setting in motion the spread of the gospel. So there should be no doubt that evangelism took place in that region even though it’s not recorded that Paul himself ever traveled there. It’s also recorded that Matthew, Jude, Thomas, and Simon the Zealot later went to that region to minister and share the gospel.

The Gentiles Won to Christ through Paul’s Ministry

What implications does all of this have for determining who the Gentiles were that Paul (and Silas, Barnabas, Luke, etc.) reached out to in their missionary journeys and church-planting efforts? If what Josephus said was accurate, those Gentiles generally were not the 10 northern tribes. If Paul’s main mission as an “apostle to the Gentiles” was to win a remnant from the 10 northern tribes to Christ, he should have gone east, but that’s not what he did. Paul went west.

1 thought on “East (10 Northern Tribes) and West (Paul, Apostle to the Gentiles)”